For the past five years, HBO’s epic fantasy series, Game of Thrones, and the book series it’s based on, George RR Martin’s A Song of Ice and Fire, have captured the attention of millions of viewers from around the world. The series is set in the world of Westeros, where seven kingdoms fight for control of the Iron Throne. It’s packed to the gills with political intrigue, violence, secrets, backstabbing, sex, magic, wit, lovable (and not so lovable) characters, just about everything you could ask for in a TV show. What separates it from other big time dramas like Breaking Bad or House of Cards, however, is that it is based on an already existing series, one that has been a work in progress for nearly 25 years and isn’t even finished yet. The fandom is strictly divided into two camps: those who have not read the books, and those who have. Because of this, discussing the series has become a veritable minefield in an age where movie and TV audiences are particularly sensitive when it comes to spoilers. On one hand it’s forced the readers to be tight lipped around certain friends, but on the other hand it’s given them the chance to capitalize on said friends’ reactions to game changing moments like (SPOILERS) the death of Ned Stark, the Red Wedding, and the duel between Oberyn Martell and The Mountain. But now five seasons in, the show has hit a hurdle that readers have seen coming for years now, and we’re not quite sure how the showrunners will handle it.

Allow me to explain.

The Song of Ice and Fire series is incredibly dense, following multiple interconnected plots spanning over a large landscape, with each chapter jumping back and forth between locations and plots told from the point of view from several different characters. The first three books, A Game of Thrones, A Clash of Kings, and A Storm of Swords, were fairly streamlined, but once book 4 rolled around, things got a little more complicated. When George RR Martin began work on the fourth installment, there were so many different plots going on that the final product would’ve been nearly 2,000 pages. Since no publisher in their right mind would publish something of that length, the story was divided, not chronologically, but geographically. In 2005 he released the fourth book, A Feast For Crows, which focused on the political goings-on in King’s Landing and the surrounding areas. 2011 saw the release of the fifth book,A Dance With Dragons, which followed characters in The North, at The Wall, on the continent of Essos, and converged with A Feast For Crows toward the end. It clocks in at 959 pages (not including the index, maps and glossary). Hopes are that it will be streamlined again when The Winds of Winter comes out, but since it doesn’t look like we’ll be seeing it any time soon, we’ll have to wait to see how that works out. That’s a problem in of itself, but we’ll get back to that.

The trailer for season 5 was recently released, and the show proper will premiere on April 12th. From the look of it, David Benioff and DB Weiss (the show’s directors) have decided to keep everything streamlined. The events at the beginning of AFFC and ADWD will happen simultaneously. There also seem to be some major changes from the source material, but that’s been happening since the beginning and for the most part the changes have been for the better. Like with any adaptation, a lot of stuff has been left on the cutting room floor. Minor characters have been left out or merged together to keep the cast relatively small, plot points have been slightly altered to accommodate those changes, events that weren’t portrayed in the books are more fleshed out and given screen time, but all in all it is still recognizably the same plot. The decision to keep everything in line and not follow the books devoutly works much better for TV. There’s no real telling where in the books the season will end, although like with A Storm of Swords, they will probably leave it off halfway through and carry on in season 6. But once that happens, they will be faced with a dilemma that fans have been dreading since the beginning: the show getting ahead of the books.

When the first three books were being written in the 90’s, there was a fairly consistent release schedule, with the books coming out within two years of each other despite their length (A Storm of Swords clocking in at a staggering 924 pages). When Martin hit the continuity hurdle, the gaps between books became bigger and bigger. But now the pressure is on to finish the series now that its adaptations has become one of the most successful shows on television, and this has fans yanking their collars since even though Martin is hard at work on The Winds of Winter, it doesn’t look like it’ll come out any time soon. So what will become of the series if Martin doesn’t catch up? Will it branch out and become its own separate entity? Will we get a spin off mini series based on the rise of the Targaeryen dynasty, or Robert’s Rebellion? (Hey, a guy can dream.)

From the looks of things, the showrunners seem to have things under control. From the beginning they have had a 8 season plan for the show, and in the occasion that something happens like the books lagging behind or if he dies, Martin has told a select few people, including Benioff and Weiss, a few crucial plot points that they can work with, including the end. It still seems a little early to start canonizing our theories, but regardless of how it all pans out, the whole world is waiting.

Two shows that have been making huge splashes in the world of animation are Adventure Time and Gravity Falls. Both exhibit all of the same obnoxious whimsy you expect to find in kid’s cartoons, but where they excel is in creating layered, multifaceted worlds full of mystery and secrets, writing that doesn’t patronize its audience, and lovable characters that leave lasting impressions. It actually makes me excited for the future of animation, and I anticipate what the generation that grew up watching these shows will end up creating. That’s still a long ways away, but in the meantime it seems that their contemporaries have taken the same lessons to heart and used them to push boundaries and make something wholly unique. That’s how we ended up with Over The Garden Wall, Cartoon Network’s first ever miniseries. END_OF_DOCUMENT_TOKEN_TO_BE_REPLACED

I’ve been trying to keep my nose out of this subject for a while, but since everyone and their grandma has been talking about it and I have heard very few people echo my view on this whole thing, I thought I might as well throw my two cents in as well as get a few things off my chest. I realize that talking about this particular topic, especially on the Internet, and especially on this corner of the Internet is like farting in a crowded elevator, but trying to find a rational, unbiased perspective on this incident has been about as fruitful as looking for diamonds in a septic tank. This is me closing the book on this debacle. After this, I never want to partake in this topic again. But before we go any further, I want to make my stance on a few things clear. END_OF_DOCUMENT_TOKEN_TO_BE_REPLACED

I’m a firm believer that every artist has at least one masterpiece in them, even the bad ones. I’ve been listening to music for practically my entire life and have come across many a band and artist that, for lack of a kinder word, sucked. But every once in a while one of them will crawl out of the primordial soup of bad music and surprise me with an unexpected gem. Here are ten of those gems. END_OF_DOCUMENT_TOKEN_TO_BE_REPLACED

“She won’t be winning any beauty contests soon. But she is solid. A ship like this will be with you til’ the day you die.” END_OF_DOCUMENT_TOKEN_TO_BE_REPLACED

“He robbed from the rich and he gave to the poor, Stood up to the man and gave him what for, Our love for him now ain’t hard to explain, The hero of Canton, the man they call Jayne.”

END_OF_DOCUMENT_TOKEN_TO_BE_REPLACED 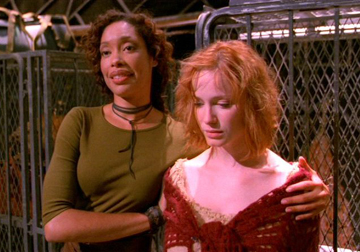 “Everybody plays each other, that’s all we ever do. We play parts.” END_OF_DOCUMENT_TOKEN_TO_BE_REPLACED

“Sounds like the finest party I can imagine getting paid to go to.”
“I don’t suppose you’d find it up to standards of your outings. More conversation and somewhat less petty theft and getting hit with pool cues.” END_OF_DOCUMENT_TOKEN_TO_BE_REPLACED

“They made him watch. He probably tried to turn away, and they wouldn’t let him. You call him a survivor? He’s not. A man comes up against that kind of will, the only way to deal with it, I suspect, is to become it.” END_OF_DOCUMENT_TOKEN_TO_BE_REPLACED

“He’s not the first psycho to hire us, nor the last. You think that’s a commentary on us?” END_OF_DOCUMENT_TOKEN_TO_BE_REPLACED 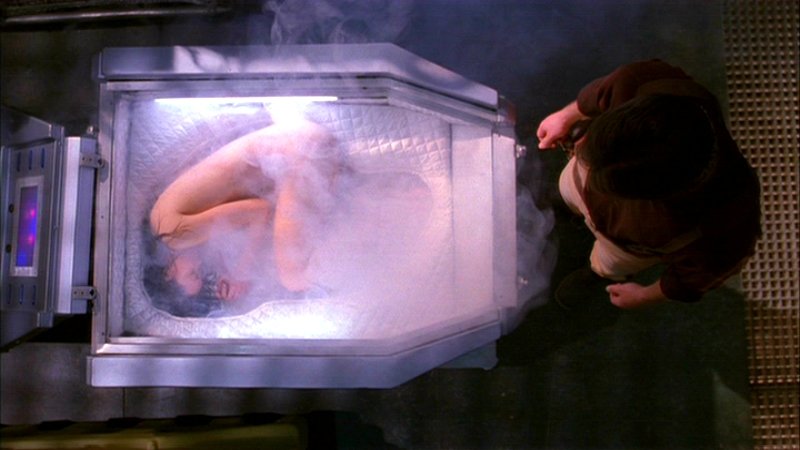