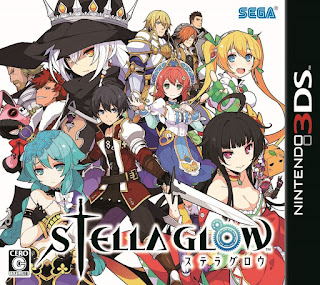 END_OF_DOCUMENT_TOKEN_TO_BE_REPLACED

Skeletroy, Grant, and Grindhead Jim (the artist formerly/somewhat currently known as JimmyTR) are back to ramble on about video games!

“The Legend of Zelda: A Link Between Worlds” (ALBW) on Nintendo 3DS is the recently released pseudo-sequel to 1991’s “Triforce of the Gods” on the Super Famicom, localized for North America in 1992 as “A Link to the Past” (ALttP). ALBW takes place in more or less the same Hyrule as ALttP, although there are many new surprises to discover along the way. The overworld is very similar to the original game, but there are several innovations to overall design. Most of these make traveling from one location to another a lot easier. The dungeons and castles, however, are all completely different. Some of them have similar themes and styles, but none of these are the same as in ALttP. A few of them are in completely different locations, and some are complete opposites of their original incarnations. This means that your knowledge of the overworld from the previous game will come in handy at times, but your knowledge of the dungeons will not. This is something that comes from 20+ years of innovations in the Zelda series, although I’ve always been more of a fan of the “classic” style and this is a return to form in the best way.

DISCLAIMER: Ocarina of Time and Majora’s Mask are excellent games, but I’d rather play the top down style of ALttP or the portable titles like “Link’s Awakening”, the “Oracles” games, and “The Minish Cap”.

One huge innovation is actually a nod to the original Zelda game on the NES. You can go virtually anywhere from the beginning, although you will need certain items to access certain areas. Because of this, I spent the first 2-3 hours simply running around the map to see who/what was retained from ALttP. After this, I tried entering a dungeon, only to find I didn’t have the item I needed to complete it. This is where Ravio comes in. He’s a former traveling salesman who decides to take up residence in your house. He sets up shop and will rent items to you for 50 to 100 rupees, depending on the item. Almost all of these items are really useful in several places, so I rented the hookshot, bombs, and the hammer. This gave me a chance to explore a lot more of the map, and I died the first time exploring a part of Death Mountain I really shouldn’t have been in at the time. I said to myself “well…that’s not happening again”. And again like the NES game, if you explore enough you can find several items and locations before going into any of the dungeons. This can give you quite the edge; I found enough heart pieces to have a decent life bar before going into any of the tougher dungeons.

After you beat a few dungeons, Ravio will begin to give you the option to buy items, but they’re a lot more expensive. If you can rent it for 50 rupees, it’ll probably be around 800 to buy. The difference between renting and buying, other than the massive price difference? If you rent, you lose that item if you die (lose all your hearts). Buying an item gives it to you for the duration of the game. All of your items use the same stamina bar, so you don’t have a limited amount of bombs or arrows. However, a bomb will use a lot of your bar, where firing the hookshot will only use a little. The stamina bar refills on its own, but it’s slow. If you need to use an item multiple times that takes a major part of the bar, you’re going to need to be precise with your actions.

SPOILER: The boomerang and bow are near-useless, and I wouldn’t recommend spending the money on them. There wasn’t a single puzzle where I needed the boomerang. I think you need the bow in 2 places in the games, and Ravio gives it to you as your first item for free.

The music in ALBW is incredible. Almost all of the songs from ALttP make a return in full orchestral glory, or at least a “good enough to my ears not to care” MIDI equivalent. From the second you turn the game on, it sounds like the SNES game, only better. I’m slightly disappointed that my favorite song of all time didn’t return in this game, but I can’t call ALBW flawed at all for that.

These are two of my favorite things music-wise:

1) semi-SPOILER: The overworld music changes as you progress on your journey. When you begin, the music is an acoustic guitar and violin arrangement of the main overworld theme. After you get a little further in the game, it changes to a more familiar arrangement. When you’ve retrieved the Master Sword from the Lost Woods, the arrangement changes again to signify the glorious hero you’ve become.

2) There is a musical duo in the milk bar in Kakariko Town. If you pay them 10 rupees, they’ll play you a guitar and flute arrangement of several songs from the Zelda series, not just ALttP. I spent a lot of money just listening to these guys, they’re really good.

The last thing I’d like to touch on is the “blending into a wall” mechanic. If you were hesitant at first hearing about this as being too gimmicky, it’s not. It’s done like many of your other equippable items, only it has it’s own dedicated button. It can be used to figure out puzzles in dungeons, or to reach areas that were previously unaccessable. The irony to it all? Nintendo’s current “killer IP” on their 3D system heavily uses a mechanic that makes you 2D. Don’t get me wrong, the 3D in this game is actually really good, I just thought it was kind of funny.

“The Legend of Zelda: A Link Between Worlds” is a fantastic game. There’s enough nostalgia and innovation to keep you hooked on the game’s familiarities while it keeps you guessing. Don’t expect the items to be acquired in the same order as ALttP, not only because of the item shop, but because you get to to tackle the dungeons in the order you choose. In short, if you loved “A Link to the Past”, you NEED to play this game. Oh, remember when I said earlier that I wasn’t going to die after the first time? The second time was against the last boss.

FINAL SPOILER: I had half a heart left and beat the last boss…only to find that he has a second form that ended up killing me about 4 seconds after the battle began again.

Closing out the original trilogy of CFPE, we follow on as Jimmy descends further into madness, while Samantha, Grant, Skeletroy, and Chris attempt to pull Jimmy into the 21st century.